The Pangu Virus has been unleashed in San Francisco, turning thousands of innocent lives into mindless beasts that feel no pain and have no fear of death. With each passing hour, the Pangu Virus evolves, creating new and ever more horrific mutations with one goal in mind… Spread.

You are Captain Winter, a military officer fighting alongside the Center for Epidemic Research and Control(CERC). With a massive arsenal and the resources of the US Government behind it, you and CERC will stop at nothing to ensure the terror of the Pangu Virus does not escalate beyond containment, even if a whole city and millions of lives must be sacrificed.

• Cepheus Protocol is inspired by classic RTS games such as Company of Heroes and World in Conflict, alongside the book World War Z.

• Battle those infected by the Pangu Virus across four open-world islands, featuring unique and challenging environments.

• Choose from three combat tiers that play to your style. Each tier has specialized units, equipment, and weaponry.

• Engage a relentless horde of infected which numbers grow larger and stronger with each territory captured as you battle for control of San Francisco.

• Hunt Patient Zero, who races across the city seizing territory. Each capture zone increases her population as the virus spreads and possesses all organic matter.

• Form an alliance or side against the Anarchist and Police factions, which struggle to survive among the madness that has enveloped San Francisco.

The Story So Far…

In 1998, a Chinese research team collecting meteorites in Antarctica found a large fragment, six weeks into their expedition. When the rock was brought back to China for study it was determined the meteorite was 4.8 billion years old, making it older than our solar system, thus, the oldest known space object ever discovered. It was determined the meteor fell to earth in the late 1700s and remained undisturbed until now. Because of its age, the lead Chinese researcher called the fragment, Pangu, after the mythical figure believed to be the first being and creator of the earth and sky.

For the next several years, researchers continued to study the Pangu meteorite until it was discovered that the rock contained some sort of biological material deep inside it. The substance was like a virus and had been perfectly preserved within the rock. At first researchers thought the alien material was long dead, but upon being exposed to water and low-levels of radiation began to come alive. Around this time, once the findings were uncovered by the Chinese government, the Pangu meteorite and all its research was ceased. The Chinese Army would begin to extract the alien material and attempt to cultivate it, finding that the virus could bind with organic life, and when done so the virus altered the genetic makeup of any DNA it encountered.

It was later theorized the meteor did not originate from the Milky Way. Some scientist believed the virus might be a natural mutation from some unknown distant world, long ago destroyed eons ago in a neighboring galaxy before arriving on earth. Some, however, believed the virus might have been a weapon used to colonize alien worlds. However, without any hard facts, researchers only had assumptions to go off. By the mid-2000s, the Chinese military was interested in determining if the Pangu Virus, as it was now being called could be used as a weapon.

The Voyager Dawn beached in Half Moon Bay after a week and a half at sea. As the vessel was supposed to maintain radio silence, the U.S. government was not aware of the outbreak on board the ship until after it was beached. Before a search and rescue team could be sent, 24-year-old Chelsey Trader, who had been visiting her grandmother that weekend was walking along the beach when she noticed a body washed up on shore early in the morning, not too far from where the ship had beached. Working as a nurse, she rushed over to render aid, finding the man still alive, but close to death. The man tried to warn Chelsey, but his words were horribly distorted. Inadvertently, Chelsey was infected as the man died in her arms. 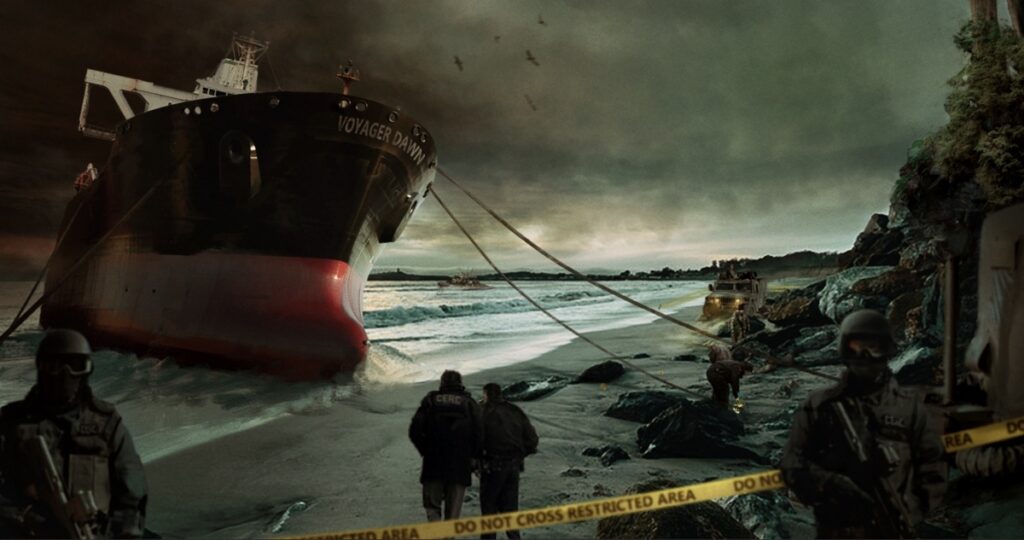 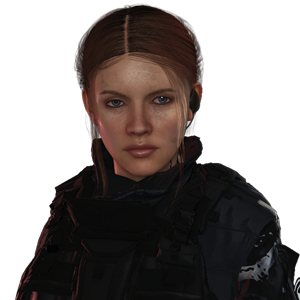 Adrian Winter believed she had a higher calling, just not the one her family wanted. Growing up in a strict Roman Catholic household, Winter was expected to enter service with the church like her brother and father had, following school, however, always a rebel, Winter instead joined the Army against her family’s wishes.
During basic training, Winter showed great leadership skills and intelligence, most of all an adaptive mind that was accustomed to changing situations and new challenges. She was transferred to an officer training program once she completed boot camp. At the age of 21, Winter’s found herself as a junior officer leading a squad of infantry soldiers carrying out operations in Iraqi and Afghanistan, completing 3 tours of duty. At the age of 24, Winter enlisted to join the elite Army Rangers, returning to combat shortly after, conducting missions around the globe for the next half a decade, rising to the rank of captain at the age of 28.

In 2018, Winter lost her brother, Joseph, during the Liberty Island Attack when a viral weapon was released against tourists in New York City. 408 women, men and children died during the attack. In 2019, as the newly created Center for Epidemic Research and Control was formed, she volunteered to join their Special Operations and Field Research teams, as the CERC was designed to combine the talents of civilian researches and the best the U.S. military had to offer in order to combat the growing risk of viral weapons and widespread attacks that had been happening around the world, accruing in the United States again.

Prior to the outbreak in San Francisco, 2020, Winter had carried out and completed three other operations, although minor in scope compared to the events in SF. Nevertheless, she demonstrated a sharp mind and a willingness to complete her mission regardless of the difficulty or threat to herself.

By the time of the San Francisco Outbreak of the Pangu Virus, Winter is in command of her own research and tactical ground team, charged with tracking down the origin of viral attacks and dealing with any hostile groups that might be responsible for an attack on U.S. soil. 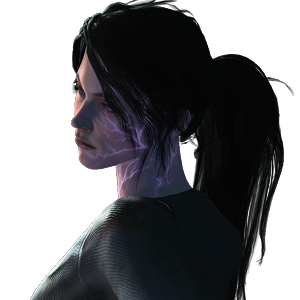 Friends had always described Chelsey Trader as being a kind and caring person, always willing to go the extra mile to help those in need. Even as a child she volunteered her time to aid the needy, which ultimately brought her to wanting to become a nurse. For the past two years, she has worked at Treasure Island Community Hospital in the critical care department, while on the weekends traveling to Half Moon Bay to visit her ill grandmother. For all her strengths, Chelsey is also a woman that tends to beat herself up as she suffers from anxiety and self-esteem issues, from years of mental abuse from her parents; her father, a successful restate agents, and mother an ad executive. Both felt their daughter could do more with her life, pushing her to be a doctor instead of a nurse. This has built a resentment against her parents as Chelsey was hoping to leave them and move in with her boyfriend prior to the events of the San Francisco outbreak.

The day before the outbreak, Chelsey was in Half Moon Bay, and after visiting the weekend with her grandmother went to the beach, as she typically did before catching the morning train back to San Francisco, she came across a sick man, dying on the beach. Unknown to Chelsey, as she rushed over to help him, he’d escaped the Voyager Dawn, a government ship disguised as an oil tanker. The man had been infected with the Pangu Virus, and as Chelsey attempted to treat him, she contracted the virus just before he died.

Following her police statement, she returned to San Francisco that same day and reported for work. During her shift, Chelsey became violently ill, unknowing beforehand she’d already infected dozens of patients with a refined version of the virus that had been mutating in her body. Sent home, Chelsey tried to sleep, but after her parents pestered her about a trivial matter, she went into a fit of rage and murdered both as all the years of trauma had boiled over, fed by the virus. Chelsey, coming to her senses ran away and disappeared into the interior of Treasure Island, just as the island was being closed by the authorities.